I’m switching gears for a minute and taking a break from my Wisconsin summertime posts to travel back to the lush rain forests of Maui. While I only had the chance to complete one true hike on the island, I did get to explore Hawaii’s unique natural habitat in other ways.

A short drive west of Wailuku is the entrance to an area of Maui rich in natural beauty, ‘Iao Valley State Park. Located in the West Maui Forest Reserve, this area is home to the ‘Iao Needle, an erosional feature that dramatically shoots 1,200 feet from the valley floor.

This area is also rich in island historical significance as ‘Iao Valley is the site of the Battle of Kepaniwai or the Battle of the Clawed Cliffs. Super brief history, in 1790, King Kamehameha invaded Maui during his attempt to bring the Hawaiian Islands under one ruler (himself, of course.) Kamehameha’s army and the Maui army clashed during a three day battle, which was eventually ended by the use of cannons. Despite losing this battle, Maui’s Chief Kahekili II regained control of the island and held it until his death. Kamehameha would not have full control of the island until five years later.

The park today is managed by the State of Hawaii and requires a small, $5 admission fee per car. Check out the park’s current conditions before you go as the area is prone to flash flooding and washouts.

From the parking lot, visitors will begin on the short, .6 mile paved path that ends in a lookout point. While this paved path is easy and mostly flat, it does contain a number of stairs, making it non-wheelchair accessible near the end.

Make sure to stop and enjoy the scenery along the way. The Kinihapai and Iao Stream both run through the park.

The mountains make a great backdrop for a photo. Especially if your group is wearing themed shirts. 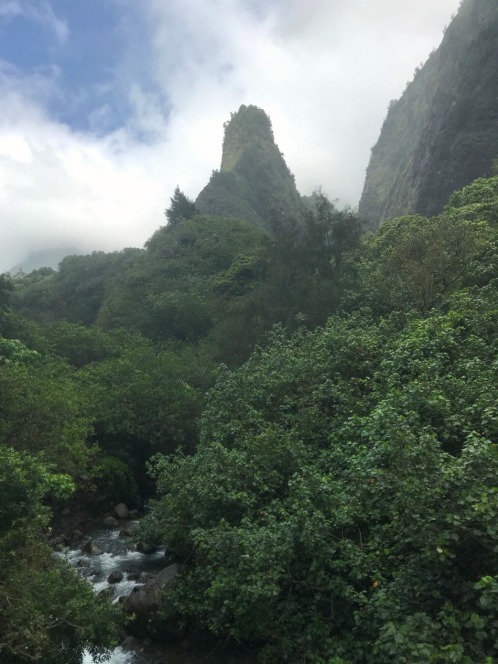 The path continues towards the ‘Iao Needle, offering different views along the way.

If you see the sun, stop and take your picture. It tends to quickly hide behind the clouds so you might not get another chance. 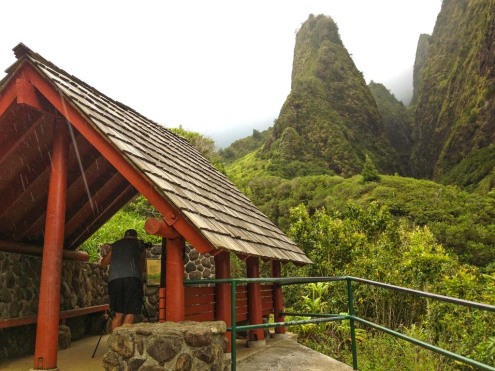 A small shelter sits at the top of the stairs. Walk through the shelter to find an excellent view of the towering needle. If you’re lucky, the clouds will break long enough to light up the valley.

Sun shining over a misty morning on Maui. Truly incredible.

From here we headed back down to the car. There are a few other areas to explore at the park but as this was the day of the wedding rehearsal dinner, some of our party had to leave.

This left the rest of us with a few hours to explore. What to do next? Eat, of course!

After deciding to go on the hunt for a poke lunch, we stumbled upon a group of food trucks near the airport outside of Kahului. With a bunch of picnic tables in the center, the trucks lined the perimeter making something of an outdoor food court. Imagine it, a food court where everything is actually delicious and roosters are running around because this is Maui and feral chickens are everywhere.

While the poke sounded great, something else caught my eye. Thai food.

I ordered the curry chicken bowl from a truck named Thai Mee Up (ha.) and was not disappointed. I later learned that the truck was featured on none other than the man, the myth, the legend, Guy Fieri’s Diners, Drive-Ins, and Dives.

(This was actually the third known location I visited that had been blessed by Guy’s presence. Idea for another blog? Following the food review trail of Guy?)

The rest of the day held a mini drive on the Road to Hana, just enough to see some waves and sea turtles. 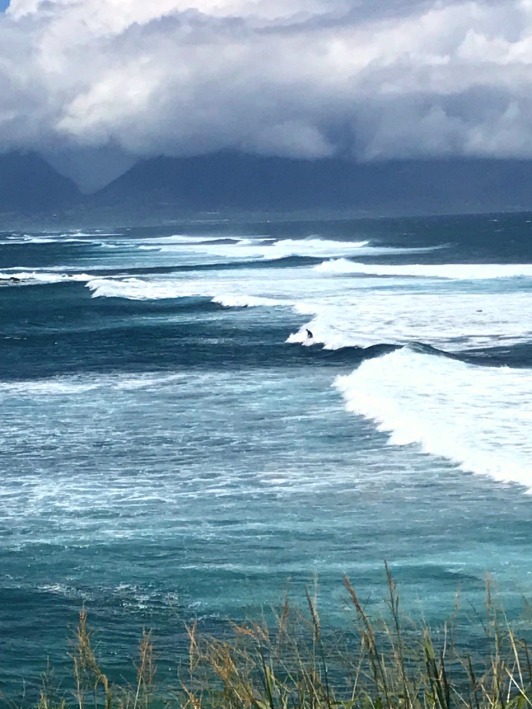 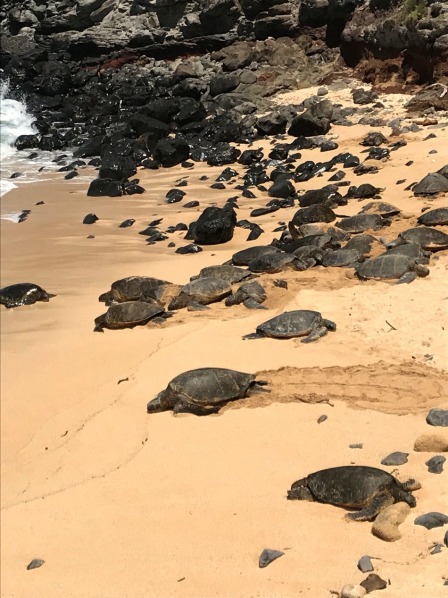 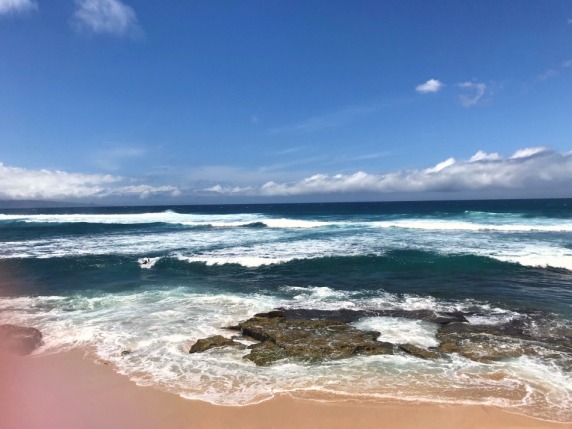 Looking back on these photos transplants me to the sights, sounds, and smells of Maui. Truly a place worth visiting over and over again. Back to reality. (Which isn’t so bad, it’s summer, after all!)

Shout out to my sources: Aloha Valley